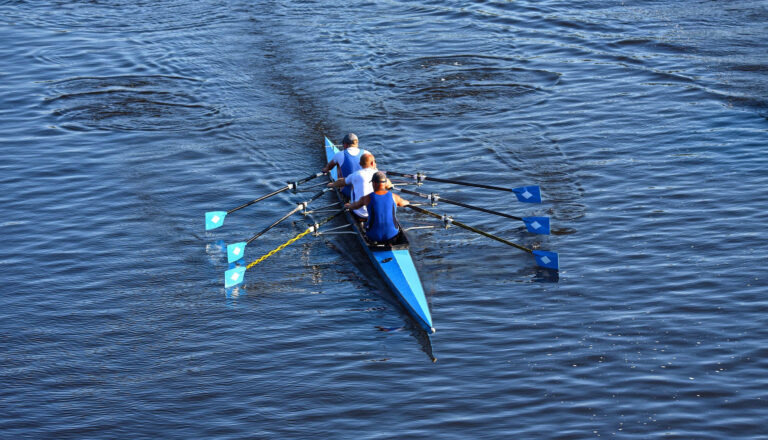 I have wanted to write about this subject for a while because everything I teach is based on the “rule of three”.  When you look at previous blogs, listen to a presentation that I give (if done well), and/or doing any form of coaching then this concept will feel familiar.  The “rule of three” is based on the principle that things that come in threes are inherently funnier, more satisfying, or more effective than any other number.  This idea dates to ancient Greece, the Latin phrase “omne trium perfectum” means everything that comes in threes is perfect, or every set of three is complete.  Let’s look at some examples to see if this theory holds up.

Famous examples of this in terms of comedy would be the Three Little Pigs, the Three Stooges, the Three Musketeers and even the Three Amigos.  All these groups are obviously three and you can probably rattle off their names easily.  Try to remember all the names of Ocean’s 11 versus The Chipmunks.  It may have taken you a second, but I bet the theme song popped in your head with Alvin, Simon, Theodore but you may be waiting a while to come up with Daniel Ocean and the other 10 in the group.

To create a pattern, you must have a minimum number of 3.  Marketing companies know this and have used it for years.  In terms of food, you have the B.L.T., one of the most famous sandwiches on the planet consisting of Bacon, Lettuce, and Tomato.  Another famous cereal has been using Snap, Crackle, and Pop since the 1930s to make Rice Crispies memorable.  It’s also satisfying to save lives in the event your clothes catch on fire.  Most of us have learned to Stop, Drop, and Roll at some point in our childhood to put out the fire.

We have Red, White, and Blue in the American flag and so do 231 other countries around the world.  There are so many other examples in the world such as the Trinity (Father, Son, and Holy Spirit), Newton’s Law of Motion, and the Three-strikes Law in baseball and the US government.  At this point you should see the “pattern” that we have in this world and how effective it is for communicating and retaining information.

My intention in writing this blog is to verbalize what the Power of 3 has meant for me regarding communication throughout my personal and professional life.  We all want to feel heard and communicate effectively with our family, friends, and business associates.

In full transparency I had to learn this lesson the hard way.  I was giving a speech to an audience of around 1000 people about the company values we shared.  Here I am, one of the people that came up with the core values and midway through the speech I can only remember 5 of the 6 core values.  How can I expect 1000 people to remember that many values when I (one of the originators of those values) can’t do the same myself?  Back to the drawing board and down to three core values from then on.  I’m happy to report that I have never forgotten those values since and have found that when I ask, approximately 9 out of 10 people in the company can rattle them off as well.  Keep it simple and use the Power of 3, everyone will appreciate it!